Being in Dhaka now, I am confronted by my childhood bookshelf. 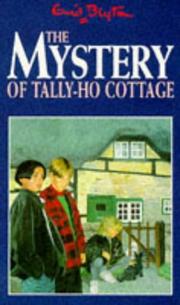 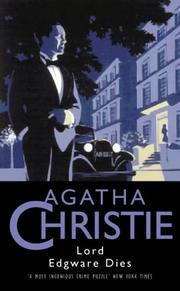 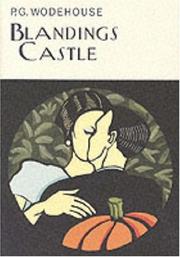 When I was growing up, my mother would recite Bengali poetry from memory and have bundles of literary magazines bound into hardcovers to preserve them.

My father relaxed by reading Albert Einstein and Stephen Hawking, unless he was in a particularly frivolous mood, in which case he would reach for Bertrand Russell.

My elder sister won a prize for her spectacular A-level result in English, which appeared, to me, to be of little consolation if it meant wading through the sombre black-spined Penguin paperbacks of Chaucer, Milton and James.

That’s because I was following the grand South Asian tradition of starting with Enid Blyton, moving on to Agatha Christie, then settling down with PG Wodehouse.

Any child born in the 1970s or earlier into a former British colony who went to an English medium school probably did the same thing. Decades after the British Empire ended, it kept its hold over our childhoods through books.

All three writers were English (very English, I would say), living around the same period (from the end of the 19th century to the 1960s/1970s), and all were astonishingly prolific. Wodehouse and Christie totalled to just under 100 books each; Blyton an amazing 600. Of course these were the main writers we read* – having trawled through their canon, we were too exhausted to explore anyone else.

I devoured Blyton’s books filled with adolescent detectives and girls in boarding schools. By the time I began to outgrow them, the school library started to withdraw Blyton because of the stereotypes she promoted. Yes, come to think of it, the ‘dark’ ones were always depicted as being ‘wild’ and prone to outbursts, on occasion with daggers. And girls could never compete with boys because they were so fragile and, well, just Not Sensible. Oh, Enid. Always so sermonising.

But she did write about food. A lot. Midnight feasts and picnics on cliffs. She even made the idea of buttered toast, boiled eggs and bars of chocolate sound salivatingly exotic. (A delightful essay titled Give Me Roast Beef Any Day by Manil Suri in the Observer captures our intense captivation.)

Christie wasn’t much better in terms of stereotyping, especially in her earlier years, but she did create Hercule Poirot who was Belgian, granted (as opposed to, say, Burmese) and she showed up the prejudices the British had against foreigners. And as her world expanded beyond southern England, so did her books. Her extensive travels and love of the Middle East became a colourful backdrop for murder.

But the true appeal lay in how life got tidied up at the end of each book; every anomaly explained, every perpetrator caught, every loose thread knotted and tied with a bow. To a young teenager in a confusing and chaotic world, this vision of order was very captivating.

To this day, I have residual affection for dear Agatha, as I do for old Pelham Grenville. His benign world of upper-crust twits and silly pranks offered just as much distraction and amusement.

See this passage from A Suitable Boy by Vikram Seth:

My English ex-husband couldn’t fathom the appeal of any of these authors or, especially, the picture they created of his country. His literary landscape was constructed by Shakespeare and coloured by Dickens and Conan Doyle. How could I possibly get misty-eyed over Jeeves? Still, he indulged me, and took me as a surprise to see The Mousetrap for a matinée show – we sat amidst a sea of elderly retirees, trying to hear the dialogue above the rustling of snack packets being passed around the audience.

Extensive reading of these writers in my formative years must have resulted in something – but I’m not wholly clear what. Books read en masse create a common reference point that helps us relate to each other. I remember my best friend in school and I calling other girls ‘an Alicia’ or ‘a George’, defining them through the filter of our Enid-soaked sensibilities.

I’m relieved that my young American niece has grown up on Hogwarts, where children of all backgrounds work side by side in a world that is far from myopic and grapples with bigger themes like loyalty, love and redemption. This is a Very Good Thing.

Nevertheless, I don’t want to dismiss my adolescent book list entirely. Reacquainting myself with the wit and frothy joy of Bertie or Lord Elmsworth  has been the reading equivalent of snuggling against a childhood quilt or having homemade soup – familiar and soothing, with an unexpectedly glorious amount of  pleasure derived from something so simple. What ho! indeed.

Written on the Pulse

Have you seen the blog? Here are some popular posts: